My best vacation in Israel 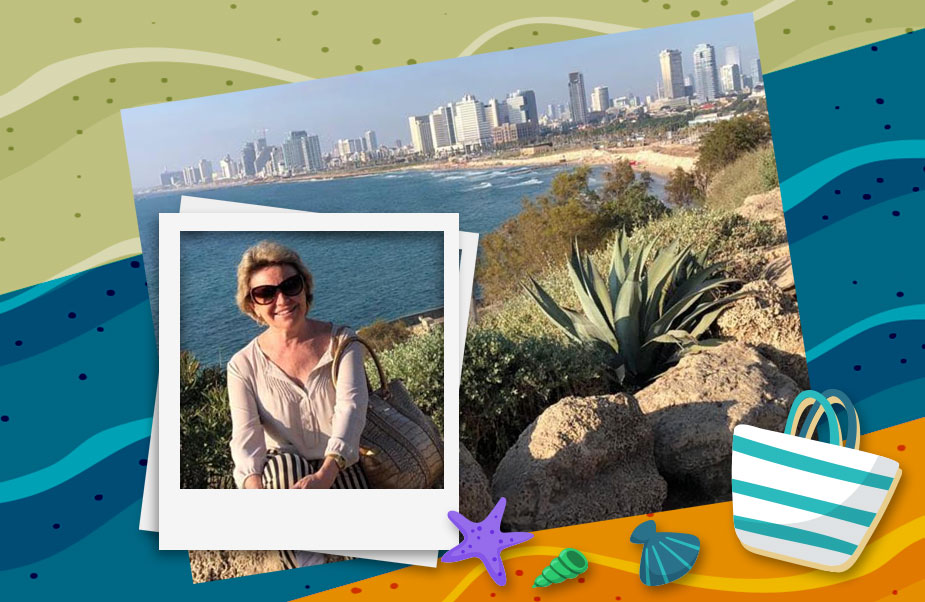 “The most fascinating is that throughout Israel, you walk between the ancient and the modern, the archaeological and the technological.”

It all starts at the modern Ben Gurion Airport. In the queue for immigration, my heart was already pounding and amid so many languages, I soon identified the Hebrew.

Ah...! The Hebrew ...so familiar, it gave me the feeling of coming home and feeling totally welcomed.

Being in Israel, a unique and magical country, is experiencing what it means to livein an historical and cultural immersion.

The most fascinating is that throughout Israel, you walk between the ancient and the modern, the archaeological and the technological.

Throughout the four corners of Israel, I visited amazing places like Caesarea, Galilee, Haifa and Eilat.  Everywhere, I was enthralled by the architecture, gastronomy, and cultural riches both religious and historical.

Jerusalem is that city where one breathes religiosity, full of energy and stories, many of which I have heard since my childhood and which were there before my eyes as if I were a character in from history myself. The energy that surrounds the city is amazing.

Tel Aviv is fascinating, cosmopolitan city that breathes modernity and diversity, full of life and frenzy. And yes - floating on the Dead Sea waters without sinking!

Visiting universities and hospitals, I personally saw that Israel is a country that reinvents itself every day, with cutting-edge technology, innovating in all areas, contributing increasingly to the well-being of humanity.

My last night on that trip was emotional farewells with the Mishpucha and friends. Everybody was talking loudly, all at once. It was the sound of happiness that left a sensation for more.

Adding up all I have seen and felt, made this my best Israel vacation.

The experience of visiting and the connection with Israel is unique, even for those who have been there dozens of times.

Definitive List of Must-Have APPs for Visitors to Israel
https://israelbondsintl.com/august-app/

Do you see the sculpture of Ben-Gurion standing on his head?
https://israelbondsintl.com/august-ben-gurion/