The 2019 Israel Bonds International Leadership Conference - themed Perpetuating a Tradition of Leadership -  was held 14 – 17 November at the Arizona Biltmore in Phoenix, bringing together over 100 Bonds leaders from the U.S., Canada, Latin America and Europe. 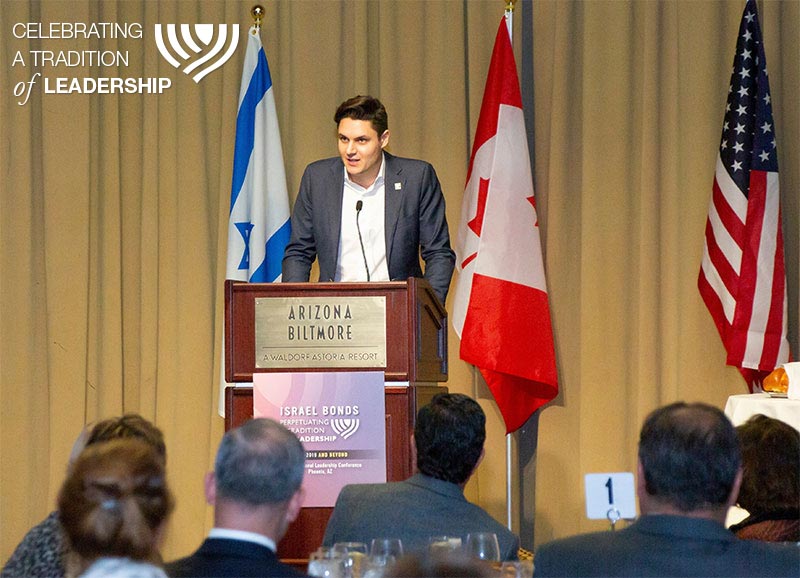 The Israel Bonds International Leadership Conference in Phoenix, Arizona,had nothing to do with a stiff meeting of managers and directors who discuss dry strategy papers.

The gathering turned out to be an inspiring and energizing “refueling station” for participants from the United States, Canada, United Kingdom, Germany, and Israel.

Leaders got a refill on motivation and ideas in numerous workshops, speeches, and mentoring sessions. This way the program facilitated a fruitful exchange of different approaches and experiences between senior and new leaders as well as between the various regions. It ensured that the conference’s theme becomes a reality: perpetuating a tradition of leadership.

Throughout the event the recurring theme was a series of testimonials about what it means to be an Israel Bonds Lay Leader. The agenda was topped off by powerful guest speakers such as Elan S. Carr, the United States Special Envoy to Monitor and Combat Anti-Semitism. In a passionate address he explained that “you don’t have to wear a uniform to fight for the Jewish people.” Carr went on to tell the audience that “you are all soldiers for the State of Israel.”

Yonit Levi, Israel's leading TV presenter, news anchor, and journalist gave the attendees a captivating tour d'horizon of Israeli politics. One line to remember is her humorous summary of the national Israeli attitude: "I think, therefore you're wrong!" The event reached an emotional highlight when Levi interviewed an Israeli Air Force combat pilot.

Amidst this swirl of input, members of the New Leadership program still found some time for a great garden party on a mild Arizona night. After all, Bonds is for bonding.

The conference concluded with yet another bang, as Oscar winning Israeli director Guy Nattiv took the stage. He presented his short film “Skin”, a touching biographical drama about the life of a skinhead who wants to change.