The 'Footsteps of the Abraham Accords' Delegation:
Exploring the True Meaning of Peace

Upon receiving the Nobel Prize for reaching peace with Egypt, the legendary Menachem Begin declared, “Reborn Israel always strove for peace, yearned for it, and made endless endeavors to achieve it.”

As a former government negotiator tasked with reaching agreement with the Palestinians, it sometimes seemed as though real, tangible peace was an elusive dream. Yet, years later, just five months into my term as president & CEO, I was leading, together with Bonds International Chairman of the Board Howard L. Goldstein and US National Campaign Advisory Council Chair Chuck Berk, a delegation to the United Arab Emirates and Bahrain. 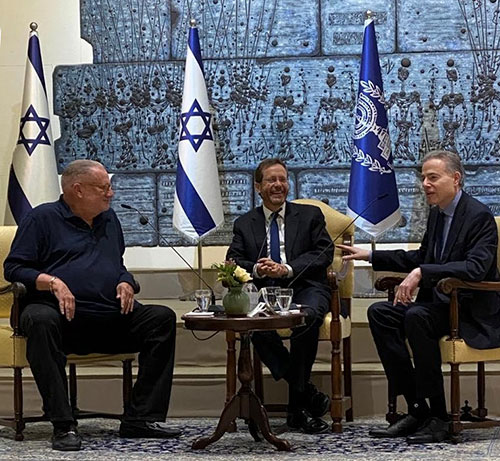 May’s Footsteps of the Abraham Accords delegation, 80 members strong, was a 10-day exploration of the true meaning of peace. The warmth with which we were greeted in the UAE and Bahrain was emotionally overwhelming. The sight of guest speakers standing behind an Israel Bonds podium, and taking selfies with delegates, were highlights we will always cherish.

Especially gratifying was the impressive New Leadership representation on the trip. Witnessing the delegation through their eyes was among my most memorable moments thus far as global president & CEO. 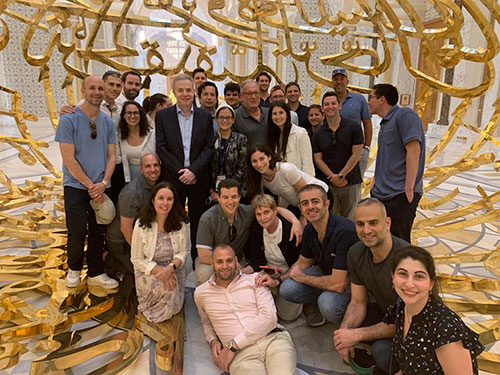 With New Leadership in the Presidential Palace in Abu Dhabi

At each meeting, I underscored the legacy of Israel Bonds, emphasizing the fact that the organization has been at the forefront of strengthening ties between the Jewish state and the Jewish people everywhere. Our guests were deeply impressed to learn worldwide Israel bond sales have surpassed $47 billion for Israel’s
economic development.

So, in addition to strengthening Israel’s economy, the delegation demonstrated to our hosts that Israel Bonds can also help strengthen the bonds of peace. 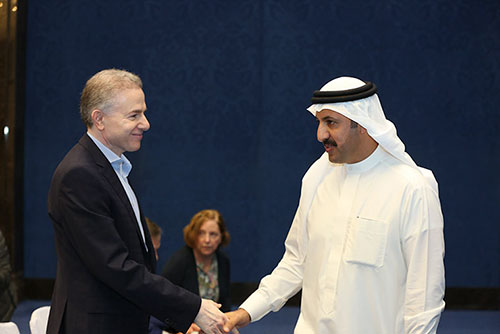 Appropriately, the delegation ended in Jerusalem, the biblical City of Peace. When meeting with President Herzog, Finance Minister Lieberman and Defense Minister Gantz, together with Israelis from across the spectrum, we felt a profound connection with the nation and people of Israel. 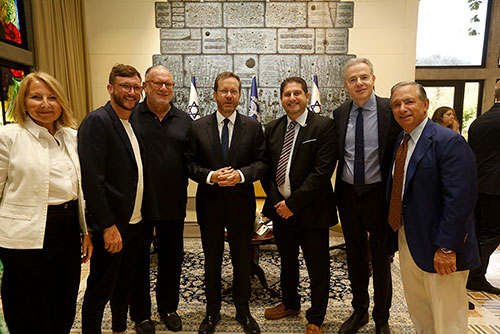 Every delegate has returned home proud, inspired and honored to be brand ambassadors for Israel Bonds. As we look to the future, we take pride in positioning the Bonds enterprise as a foundation on which to build for the limitless possibilities of peace.