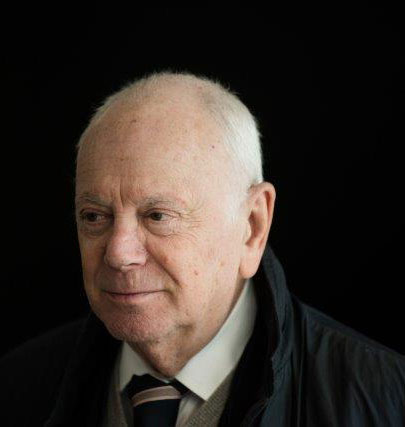 I have been a supporter of Israel since the age of 11, when my father told me, ‘The Jewish people have now got a country of our own.’

I was a holiday visitor to Israel for many years and have constantly been amazed at what has been achieved on all fronts in 71 years. I remember when you couldn’t get a decent meal in Tel Aviv… how that has changed!

However, it wasn’t until 1981 that I became involved. I introduced a good friend from New York to a deal (nothing to do with Israel bonds) that yielded us both very decent returns.
When we received our cheques, he asked me, ‘To which Israeli organisation shall we give our tzedakah?’

This was the first time I had received a large chunk of money and I looked at him in surprise. My friend was much older than me and already very well off. He explained that any windfall that comes to Jewish people has to be shared with Israel. I said that I would follow him – we made our donation to Ben-Gurion University of the Negev, which has done wonderful work for almost 4 decades.

It was through the British Ben-Gurion University Foundation’s ORT House offices in London that I was introduced to Israel Bonds.

I met their office manager, the lovely Florrie, and Joe Ozer. They explained to me that if I invested in Israel Bonds, I would be directly investing in the State of Israel. Israel had always paid interest and principal on the due date even though past performance is not an indicator of future results.

They sent me their bi-monthly rates for Dollar, Sterling and Euro Israel bonds. I was impressed and immediately invested.

Since then, Israel Bonds have been my only Birthday, Bar & Bat Mitzvah gifts, as well as my own investments.

Such was my excitement that I started asking family and friends if they knew of this investment, and many new clients were introduced to the Israel Bonds family.

I guess I did a good job talking about Israel bonds, as I was introduced to Arnon Perlman, the Executive Director for Europe and Latin America. During the conversation, he asked if I would join the Council as a volunteer.

I cannot express the pride I feel to be part of this great team and I hope that my efforts will help others to also get involved with Israel Bonds in a meaningful way.

We Care About Each and Every Investor
https://israelbondsintl.com/june-grauss-uk/

A Donor Advised Fund -
The flexibility it gives you for your investment
https://israelbondsintl.com/june-donor-advised/