Israel Bonds And The Evolution Of Israel’s Economy 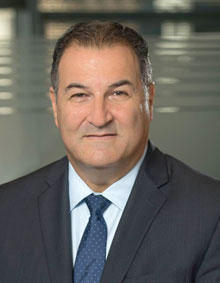 Despite the economic shocks reverberating throughout the world as a consequence of coronavirus, S&P affirmed its rating for Israel at AA- and its outlook at ‘stable.’- in line with Fitch and Moody’s

Today, the legendary diplomat would be astonished by how far the Jewish state has come. The Israel of the 21st century is an energy superpower; an agricultural exporter sharing its expertise with countries in need; and a technological frontrunner continually changing life as we know it.

It is also highly unlikely that Ambassador Eban foresaw a day when Israel would be a recognized economic powerhouse. Yet, Israel steadily strengthened its economy, and the world took notice when Israel was among the first countries to successfully emerge from the global recession in early 2009. Now, in the face of the economic devastation wrought by the COVID-19 pandemic, Israel is again demonstrating resilience.

This was confirmed by Standard & Poor’s (S&P) in its latest assessment of Israel’s economy, issued May 15. Despite the economic shocks reverberating throughout the world as a consequence of coronavirus, S&P affirmed its rating for Israel at AA- and its outlook at ‘stable.’ S&P’s assessment was in line with recent reports from Fitch, which affirmed its outlook at ‘stable,’ and Moody’s, which, in its latest action, also accorded Israel an outlook of ‘stable.’

The common theme throughout the three agency reports was a shared confidence in Israel’s economy. Although S&P downgraded 20 percent of the countries it reviewed, and gave another 15 percent an outlook of ‘negative,’ when it came to Israel, S&P stated it “balances downside risks from the COVID-19 pandemic against Israel’s robust economy and its strong external position.” These and other factors, the report explained, will provide “substantial buffers in the face of a fraught external environment.”

As president and CEO of Development Corporation for Israel/Israel Bonds, I couldn’t help noticing the coincidental proximity of S&P’s May 15 report to the May 10 anniversary of the launching of Israel Bonds. The forward-looking assessment was a reminder that, nearly 70 years after the organization’s founding, Israel Bonds continues to play a substantive role in helping the Jewish state forge a strong, resilient economy.

Underscoring this is the fact that although Israel bonds themselves are not rated, Fitch and Moody’s both referenced the Bonds enterprise as a factor in assigning their ‘stable’ outlooks. Fitch, for example, cited “an active Diaspora bond program,” while Moody’s pointed to Israel’s “exceptional access to external funding.”

From the beginning, the centrality of Israel Bonds has been recognized and applauded by Israel’s Finance Ministry. Now, in the face of unprecedented circumstances, the value placed upon the Bonds organization was again confirmed by the Finance Ministry’s request for Israel Bonds to go beyond its 2020 goal and secure additional funding to shore up Israel’s economic foundations.

Bonds leadership and staff take great pride in this overt expression of support, and have implemented a multi-faceted strategy to meet Israel Bonds’ commitment to the Finance Ministry. For our retail clients – the Jewish community – we are proceeding on four tiers: promoting the acquisition of Israel bonds to lock in strong rates and stability in this highly unstable environment; encouraging reinvestment of matured bonds, with the objective of reaching a higher percentage of bonds being reinvested than in the past; asking individuals who already purchased in 2020 to make an additional investment; and expanding the client base by connecting with individuals
new to Israel Bonds.

Additionally, we have held virtual meetings with state and institutional investors, and are gratified by their response. Collectively, these entities have invested hundreds of millions of dollars in Israel bonds since the onset of the pandemic – a resounding expression of approval for Israel’s sound fiscal policies.

The perpetual need for Israel Bonds was recently articulated by the outgoing Finance Ministry Director General Shai Babad. In discussing the significance of Israel Bonds during a May 11 call with a global Bonds audience, Babad summed it up succinctly: “We always say the Bonds organization is a safety net in times of crisis. Now that the crisis is here, it shows how important Israel Bonds really is.”

As has been the case throughout the history of Israel Bonds, we willingly accept the challenge and look forward to the opportunity to once again help Israel surmount adversity.

Israel Maimon is president and CEO of Development Corporation for Israel/Israel Bonds and a former government secretary in the cabinets of Ariel Sharon and Ehud Olmert.

Reprinted with permission from the Jewish Business News