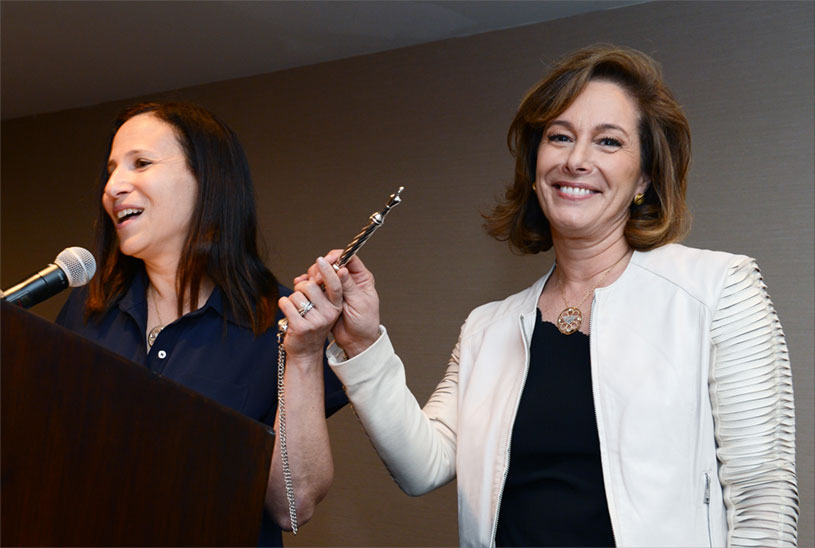 Accompanied by his wife Talie, Ambassador Danon addressed the audience by expressing gratitude for all involved with the organization in their tireless pursuits to strengthen and uphold the Jewish nation’s economy and its people. Israel Bonds’ Chairman of the Board, Richard L. Hirsch, followed by acknowledging Women’s Division as a key component in the successful legacy and historied tradition for which the Bonds establishment is recognized. Michelle Klahr subsequently spoke on the decades of achievement of the Women’s Division over the span of nearly seventy years, then illustrated its triumphs by outlining Shira Lewis’ accomplished tasks such as leading two fruitful delegations to Israel and conducting a highly productive Prime Minister’s Circle Forum in New York in which women investors learned from prominent speakers such as Nancy Spielberg. In admiration for Ms. Lewis’ unwavering dedication and on behalf of the Women’s Division and Bonds’ institution, Ms. Klahr presented Ms. Lewis the Woman of Valor pin in addition to a special, personalized award statue as a gesture of appreciation. Thankful for the praise and treasured items, Ms. Lewis spoke to the honor in which she held the Women’s Division position and of victories to come through the leadership of Laura Orzy. 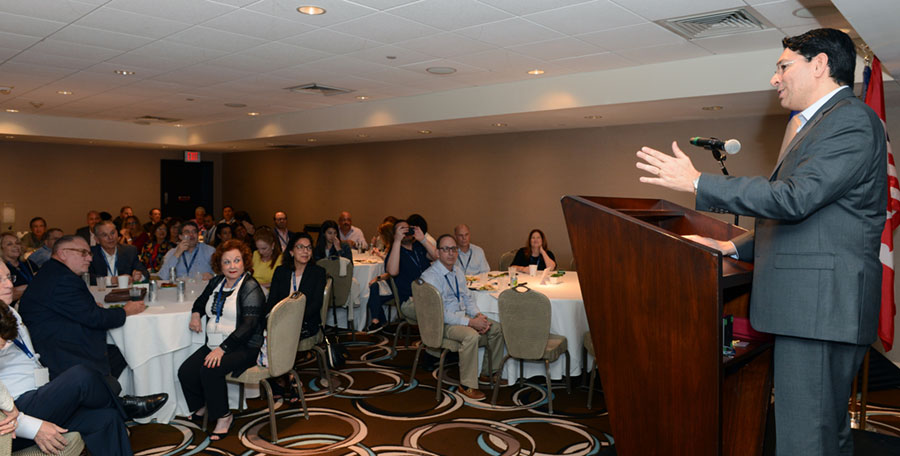 In a rite of passage, Ms. Lewis passed the entrusted yad to Ms. Orzy, stating, “Just as the yad traditionally guides us through the inspirational words of the Torah, may this one point you in the direction of wisdom and truth as you accept the responsibility and privilege of leading the finest group of women in North America.” Ms. Orzy, accepting the yad and a bouquet of roses from Ms. Klahr, recognized her new role by conveying to the room her pride and enthusiasm. Over the past six years in her former role as Chair in Toronto’s Women’s Division, Ms. Orzy contributed to the success of Golda events and the esteemed Bar/Bat Mizvah program. She served on Women’s Division council for over three years, recently co-chaired a delegation to Israel in the fall of 2017, and served as the Women’s Division Associate Chairperson for the past year. Ms. Orzy is known for her perseverance and passion for the Jewish homeland, and will assuredly carry on the ethos and prosperity of Women’s Division through direction of innovative programs, conferences and delegations for years to come. 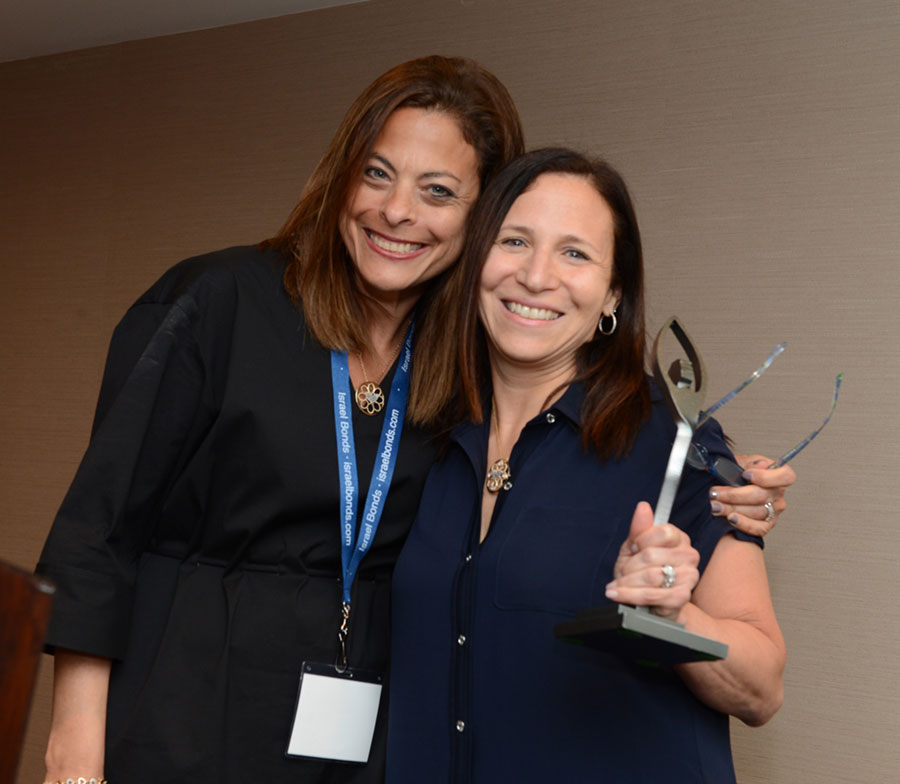