Israel Bonds board member Shira Lewis says her first visit to Israel in the late seventies was “indescribable” – and that was before she even boarded the plane. The New York native “felt an instant connection in the El Al waiting area. It was an incredible feeling to fly on an airplane with Hebrew-speaking pilots and flight attendants. As soon as I stepped off the plane, I felt like I was home.”

For Shira, that first trip was not the culmination of a dream, but the beginning of a decades-long love affair with the Jewish state that has seen her visit so many times she’s lost count. She has traveled to Israel four times over the last 12 months alone.

Shira’s passion for Israel dates all the way back to nursery school and kindergarten, “where we learned ‘Hatikvah’ and wore white tops and blue bottoms for Yom Ha’atzmaut. We even created Israel flag hats. I grew up in a Zionist household and Israel was always visible and present,” she explains. “I don’t think there was ever a time when Israel was not an important part of my life.” 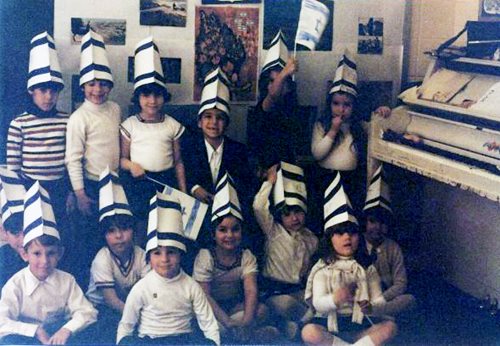 Shira Lewis (back row, third from left) demonstrates her passion for Israel at an early age (Photo courtesy Shira Lewis)

Shira was most recently in Israel in April as a member of the Israel Bonds 70th anniversary delegation. “For Israel to reach 70,” she says, “is truly a miracle, both man-made and heaven-sent. When you think about the physical size of the country, its small population, enemies surrounding her and few natural resources, it is truly amazing to see the vibrant and thriving nation that exists today. Israel is a world leader on so many levels, and the Jewish people are so much better off because of this.”

It was especially meaningful “to see more than 200 people from all over the world participating in the Bonds 70th anniversary delegation, and watching countless others celebrating with their own delegations, knowing that this little sliver of land means so much to so many people. I can’t think of any other country that attracts this kind of devotion.”

In reflecting on Israel’s achievements, Shira believes “overcoming challenge and adversity is Israel’s greatest accomplishment. By staying strong as a people, fighting for independence and existence, and finding a way to make everything work, Israel was able to conquer the desert, absorb millions of immigrants, and become a global leader in high-tech, biotech, agriculture and so much more. As Israelis often say with regard to the challenges they face – ‘ein breira’ – there is no choice.” 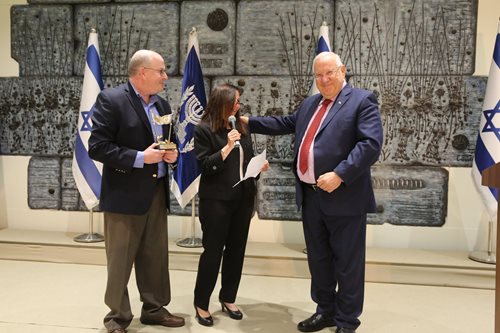 Shira’s extensive involvement with Israel Bonds “has not only heightened my already strong connection by enabling me to travel to Israel on delegations and meet with Israeli leaders and influential personalities, but it has also made me feel like I am continuing to build and strengthen the Jewish state.”

She continues: “While I can’t put on a uniform and defend Israel, “if I can inspire others to invest in Israel bonds and support the country, I feel like I am doing my small part to help.”