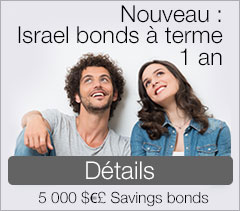 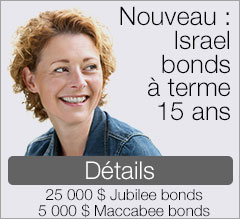 Israel Maimon, president and CEO of Development Corporation for Israel/Israel Bonds, is returning from an event at which four generations of Bonds supporters were present. As he marvels over the loyalty Israel Bonds generates, he reflects on the remarkable journey that led him to an organization that, since launching in 1951, has realized over $40 billion in worldwide economic support for Israel. 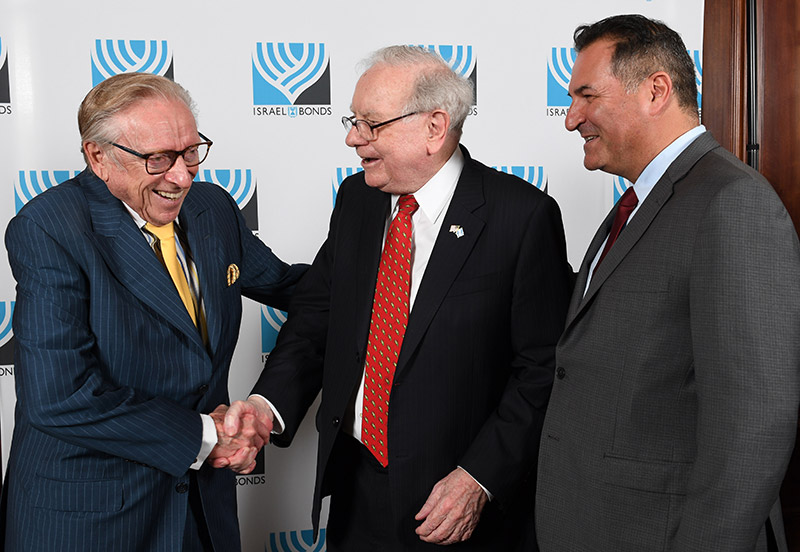 Although a Sabra, Maimon explains the road to Bonds did not begin in Israel, but rather in Iraq and Tunisia, birth countries of his parents.

Maimon, who in October marked his first anniversary as president & CEO, says his mother and father immigrated to Israel in the early ‘50s, arriving “with little to nothing.” They met at a Tel Aviv bus station (it took his father several tries to summon up the courage to speak to his future bride), married and started a family. Maimon was the first of three children.

After graduating high school, Maimon, like most Israeli 18-year-olds, went directly into the Israel Defense Forces. When asked to give three preferences for his service, Maimon responded, “Golani, Golani, Golani.” He was attracted to the Golani Brigade not only as an elite fighting unit, “but also as a brotherhood.”

Maimon went on “dozens of missions in enemy territory in Lebanon” and moved steadily up the ranks, ascending to company commander. He taught the Golani’s squad commanders course, “training the next generation of Golani commanders how to lead, prepare attacks and be ready for all kinds of combat - in fields, in tunnels, in villages.”

After four years of active duty, Maimon entered the reserves as a captain, and was subsequently promoted to major, becoming an operations officer in a reserve brigade, planning missions and directing combat operations.

The Path to Government

Post-IDF, Maimon studied law. He began working at a firm, first as an intern, then as an attorney and finally as a partner. Among the firm’s biggest clients was the Likud party, setting the stage for the next phase of his career.

Over the next several years, he assisted Likud with legal matters “covering the entire spectrum. I was up to here in politics,” he says, raising his hand over his head.

He got to know two of Likud’s biggest luminaries, Ariel Sharon and Benjamin Netanyahu and, in 2002, was tapped to be legal advisor for the Prime Minister’s Office.

It was a post he never filled. Sharon decided to call new elections, following which he appointed Maimon government secretary instead.

It was a role Maimon calls “among the most influential positions in government, other than prime minister. I had a full picture because so many key issues were channeled through me. This was due to my close relationship with Sharon.”

Maimon was tasked with negotiating agreements with parties seeking to join the governing coalition. He was especially proud of being in a government with Shimon Peres. “Imagine what it was like,” he says, “to be sitting between two lions of Israel – Peres on my left, Sharon on my right.” 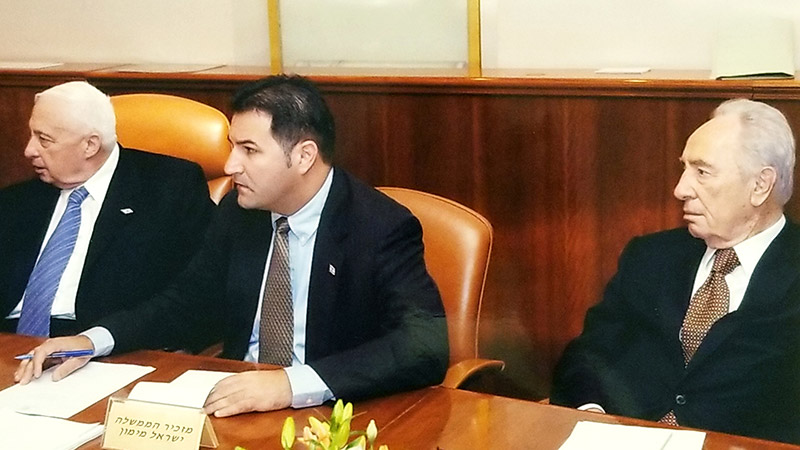 As government secretary, he was involved in significant decisions, including disengagement from Gaza and four communities in Samaria, which in turn led to Sharon leaving Likud and forming Kadima.

No decision, however, was as critical as the one Maimon had to make the night of January 4, 2006. Sharon had suffered a massive stroke at his Negev ranch, slipping into a coma from which he would never emerge.

An ambulance raced from the ranch to Jerusalem’s Hadassah Hospital, where Maimon was waiting. “I was the most senior member of Sharon’s team. It fell to me to assess the situation.”

After consulting hospital doctors and Sharon’s personal physician, Maimon knew he faced an unprecedented challenge. “The world was watching. I couldn’t leave Israel with a leadership vacuum.”

An expert on government and Israel’s Basic Law, Maimon knew “if the prime minister cannot function, the law requires his responsibilities to be transferred to the deputy prime minister.”

And so, he made what he termed “the fateful calls” to Deputy Prime Minister Ehud Olmert and Attorney General Menachem Mazuz. “I was devastated. I knew it was the end of an era.”

After Kadima’s subsequent win in national elections, now-Prime Minister Olmert asked Maimon to remain as government secretary. Eighteen months and 4 ½ years of total service later, Maimon decided “it was time to move on.”

Back in the private sector, he began a seven-year relationship with Shimon Peres, who had recently been elected Israel’s ninth president, on the Facing Tomorrow conference. It was, says Maimon, “the biggest, most important international conference in Israel.” Facing Tomorrow was “a celebration of the mind, attracting thousands of participants from all over the world.”

In March 2016, his life took another turn when Finance Minister Moshe Kahlon, who knew Maimon from his tenure as government secretary, suggested recommending him to the Israel Bonds board for consideration as president & CEO. Kahlon wanted someone, Maimon recalls, “who was not only a doer, but who could proudly represent Israel. I met with him over the following days and said yes.” The board subsequently approved Maimon for the position. 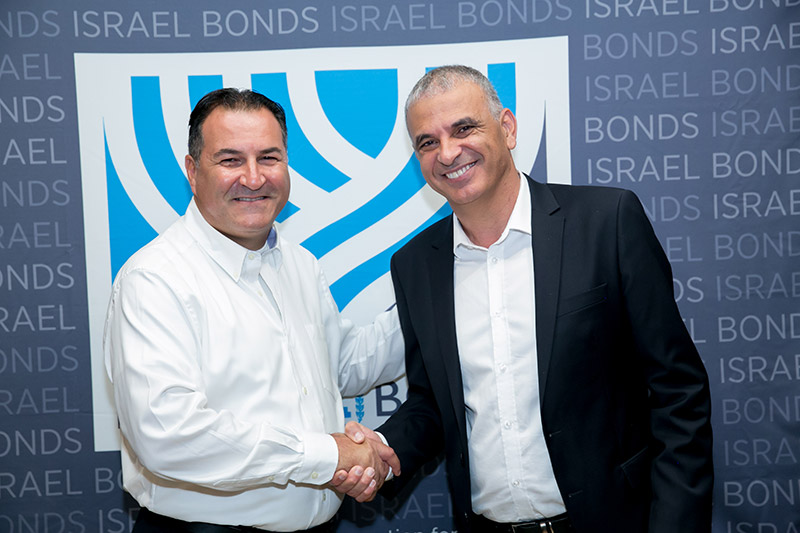 One year in, Maimon articulates his vision going forward: “First, I will focus on young people, using all tools at my disposal to establish the next generation of Jewish leadership. Next,” he continues, “I want to increase awareness of Israel Bonds, both domestically and internationally.

“Finally,” he says, “The most important thing is securing the future of the world’s only Jewish state. This will be achieved not only through a powerful army and global alliances, but also through a robust economy supported by the Israel Bonds organization.”

“The stronger Israel is,” Israel Maimon states emphatically, “the stronger the Jewish people will be, wherever they may live.” 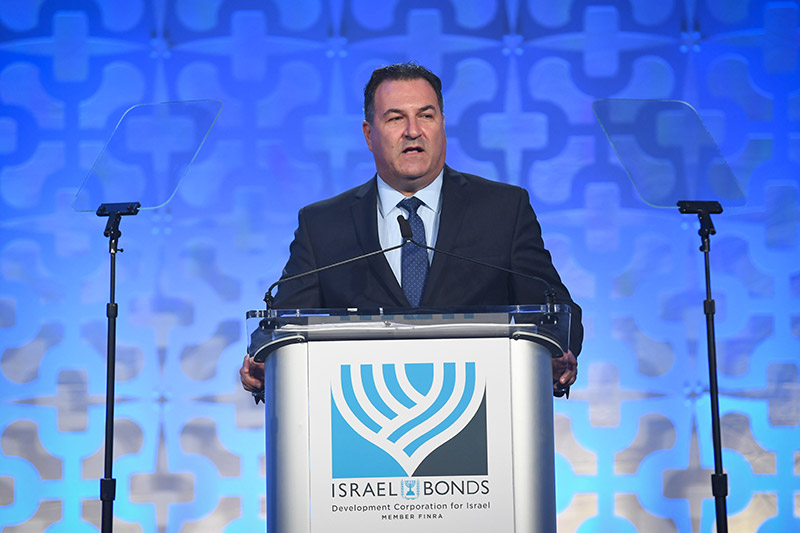