A Nation on the Move 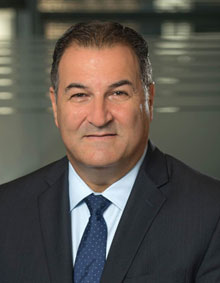 Israel Bonds milestones of the past few months - worldwide sales exceeding $40 billion since the first bonds were issued in 1951, and annual U.S. sales reaching a record $1.127 billion in 2016 - represent a defining shift as to why our clients, retail and institutional alike, acquire Israel Bonds.

While clients clearly view Israel bonds as an overt expression of support for Israel, they also perceive the securities as significant investments for their financial portfolios.

On April 3 of this year, for example, the state of Ohio made a singular $61 million investment in Israel Bonds that made the state the largest single entity holder of Israel Bonds, with $165 million in its portfolio. Note Treasurer Josh Mandel’s primary reason for making the historic investment: “First and foremost,” he stated, “we are making this investment because it’s a good investment for the taxpayers of Ohio.”

Ohio is not the only state to take notice. Throughout the years, over 90 state and municipal public employee pension funds and treasury funds have invested more than $3 billion in Israel Bonds.

The reason for this confidence in Israel is readily apparent. This is not the early days of the state, when Israel Bonds were perceived as a kind of ‘contribution' to the wellbeing of a developing nation. Today, Israel Bonds are widely viewed as investments in a global technological leader and standard-setting economic powerhouse.

And that's not all. 2016 – the best year for Israel’s economy since 2012 – was highlighted by a number of unprecedented achievements: record low debt-to-GDP ratio of 62.8 percent; record GDP of $337 billion; and record numbers of citizens participating in the workforce.

According to the Bank of Israel, Israel’s economy has grown by a cumulative 21.6 percent since 2011, outpacing that of every member of the OECD.

Clearly, Israel is a nation that is on the move, and as Warren Buffett, the world’s most famous investor, declared upon making a personal $5 million Israel bond purchase last November, investing in Israel Bonds is “a terrific tribute to the country.”

At the event, I was proud to make two significant announcements – record 2016 U.S. sales exceeding $1.127 billion, and the surpassing of $40 billion in global sales since the first Israel bonds were issued in 1951.

As I made these announcements, I looked out into the audience and was struck by the inclusiveness of Israel Bonds. Hundreds of individuals from the U.S., Canada, Mexico and Europe came together as one in celebration of the global partnership with Israel that has been established by Israel Bonds.

Prime Minister Netanyahu highlighted this in video greetings, observing, “Israel bonds are both a financial instrument and a fraternal instrument, a bond of brotherhood and sisterhood with the Jewish state, for Jews and non-Jews alike.”

At the event, I also shared this statement from Finance Minister Kahlon: “Since its founding, Israel Bonds has been a cornerstone of Israel’s economy. Crossing the $40 billion mark exemplifies the organization’s dedication to Israel, and the way in which its message of economic support has resonated on a global scale. On behalf of the government and people of Israel, I wish to thank Israel Bonds and its worldwide client base for helping to build every sector of our economy.”

The recognition accorded by the prime minister and finance minister is a reflection of the commitment and dedication demonstrated by Israel Bonds supporters the world over.

For me, it’s clear why the Bonds program has been so successful. There are many flags throughout the world with crescents or crosses, but there is only one flag proudly flying the Magen David. This one flag represents the sole Jewish state – our state – which we are so honored to support.

I thank the Israel Bonds staff at every level for the hard work and team effort that have made such outstanding results possible.

As president & CEO, I feel privileged to be a part of this important enterprise, and I promise I will do my utmost to make every client proud to be an investor in Israel bonds.

Israel Bonds: A New Phase of My Service to Israel

Shalom, and greetings to all of you - the devoted supporters of Israel Bonds. Thanks to you, Israel has received resources necessary to help build every sector of its economy, resulting in a dynamic, widely-admired nation.

As the former Israeli cabinet secretary, I am familiar with the Bonds organization and its legacy of success. I have worked with two prime ministers, Ariel Sharon and Ehud Olmert, as well as one president, Shimon Peres. During that time, I also worked with Prime Minister Benjamin Netanyahu, who was then minister of finance. These leaders were unanimous in their praise of the Bonds enterprise.

Because this is my first communication with you as president & CEO, I would like to share some of my background. I was honored to have served in the IDF as a commander in the Golani Brigade, and I am an attorney by profession.

Beyond my government experience, I was an external director at Cal-Israel Credit Cards Ltd., a corporation providing all credit card activities, including granting private and commercial credit. Also, I was an external director at Fox-Wiesel Ltd., a public company in the fashion and home-styling field. Additionally, I was a director for Matzlawi Construction Company Ltd., an Israeli real estate and construction company.

For several years I was chairman of the Israel Presidential Conference Steering Committee for the annual international conference Facing Tomorrow, held under the auspices of then-President Shimon Peres.

In coming to Israel Bonds, I begin a new phase of my service to Israel. I do so with a sense of anticipation and enthusiasm. Izzy Tapoohi has handed me an organization that has reached new heights in terms of sales and outreach, and I look forward to building on his accomplishments.

Finally, I wish to thank you for your loyalty to date. Through your investments, you have helped make great things possible. Together, we will realize ever-greater achievements for Israel Bonds and the State of Israel.