Helene Herbstman: “There Were Tears in My Eyes When We Touched Down”

Chicago’s Helene Herbstman credits her husband, Dr. Burt Herbstman, with bringing Israel into her life. “He made it a priority for our family,” she explains.

Her feelings for the Jewish State reached an entirely new level after visiting Israel for the first time. “It was so emotional,” she recalls. “There were tears in my eyes when we touched down. Everyone on the plane was clapping.” 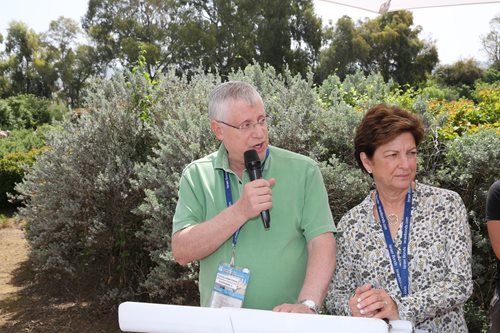 For Helene, the most profound takeaway from that initial visit – the first of many – was “being in a Jewish country, my country, where everyone was just like me.”

Helene’s passion for Israel was the impetus for her participation with a number of Israel-related organizations, particularly Israel Bonds. “My involvement started when Burt decided to participate in the Israel Bonds Ambassador’s Ball in Chicago with our eldest daughter Lynn, and that began our family’s exposure. It was such a meaningful experience to see young people having the opportunity to learn about Israel, and it inspired me to share this knowledge and encourage investments in Israel bonds.”

Over the ensuing years, Helene held a number of regional and national leadership roles with the Bonds organization, and is currently a member of the board of directors, as is Burt. Helene is also a member of the National Campaign Advisory Council, with responsibility for the President’s Club, an honor society for individuals investing a minimum $100,000 in Israel bonds. 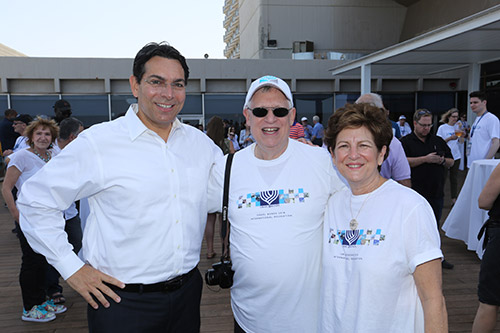 She has made several subsequent visits to Israel, both family trips and with Israel Bonds, including Women’s Division and Medical Division delegations. Most recently, Helene, Burt and daughter Teri were members of the Israel Bonds 70th anniversary delegation.

“Israel at 70 made me so proud of a country that has withstood so much adversity, yet still remains a world leader in democratic values, medical discoveries and startups. Israel truly symbolizes tikkun olam – repairing the world – as Israelis are always there for other countries in times of distress.”

She continues: “The 70th delegation impressed me in so many ways. The emotional impact of hearing stories of brave Israel soldiers on Yom HaZikaron. Meeting with Rabbi Yisrael Meir Lau and hearing his stories of the camps, and the generations of rabbis in his family, especially now, with his son being the 39th generation. Viewing Israeli technology – it’s amazing what Israel is contributing to the world.”

Moreover, “To be with Bonds leaders from around the world was profoundly moving. Knowing there were others just like me in Canada, Europe and Latin America, I felt the impact of such shared pride in Israel —that together, we would do anything to make the country stronger and safer.”

Helene emphasizes, “It is always amazing to me that Israel has accomplished so much – Nobel Prize winners, conquering the desert, creating startups, absorbing immigrants from throughout the world – all while facing ongoing challenge.”

This is why Helene is so proud of her involvement with the Bonds enterprise, asserting, “Investing in Israel bonds gives us a direct connection to the land and people of Israel. Our investments help develop the country, make the economy stronger, and let the people of Israel know that we in the Diaspora will always be there for them.”