Laura Orzy - Israel is About the Vibrancy of Everyday Life

From her very first voyage to the Jewish State, Toronto-native Laura Orzy found the meaning of Israel’s impact on her life. On a solo trip in her 20s to visit family and friends, she was eagerly driven to understand the passion that others had for this marvelous country. As she explored each corner of the Jewish homeland, she observed in amazement how the people were so boldly motivated to excel in all facets of daily living and kept a constant positive frame of mind. Laura deeply admired the balance Israeli people were able to achieve, spending quality time with family, commitment to personal life, their dedication to their professions and societal progression, and most importantly, care and respect for one another. She comments, “I enjoyed how much they all appreciated each other – everyone played an important part in Israel.”

Laura, who is present chairperson of Israel Bonds’ Women’s Division, decided early on with her husband that they would place a strong emphasis on Israel in their lives as well as their childrens’. As a young family, they spent three months in Israel where the children attended local schools, and Laura and her husband took time to learn Hebrew and all about Israeli culture. Their stint in Israel provided them with a broader understanding of the rapture of the nation and the ethos of the Israeli populace.

Each time Laura returns, now more than dozens of times, she always learns something new. Laura remarks, “Whether it’s about the history of the country and our people, or the culture, the new innovations, the arts or the countless business opportunities, I’m constantly learning about new aspects of Israel and Israeli life.” Recently joining Israel Bonds’ international delegation to experience Israel’s 70th anniversary there, Laura remains in awe of the excitement shared amongst the group as they commemorated such a grand milestone for the Jewish nation. In describing the personal significance the trip offered, she exclaims, “It encapsulated all that Israel has come to stand for; the determination to be a successful, welcoming homeland for the Jewish people, a proud and brave army protecting us, a nation of builders and citizens showing care and generosity to the world as a whole, all the while recognizing that there is still much to improve and strive for.” 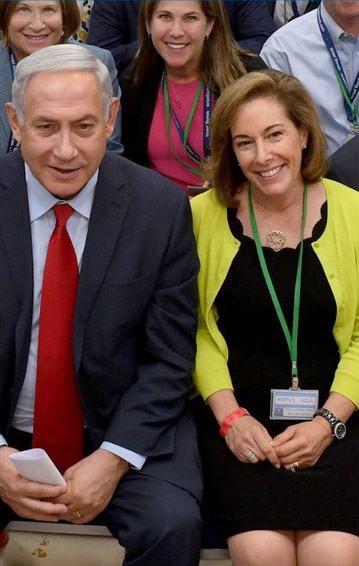 But above all, Laura expresses, “Being in Israel anytime is key. Israel is about the vibrancy of everyday life and the success and moral leadership of the world’s one Jewish State.” She finds all that the country has accomplished immensely impressive over the seven short decades, but most astonishing to her is the level of cutting-edge technological advances in science and medicine. Laura states, “Despite challenge and adversity, Israel has blossomed into a leading giant in many fields. She has also re-invented herself as the times change, all the while faced with enemies on all borders, continuous anti-Semitism on the world stage and the constant presence of war and terrorism, yet, she is the only democracy and the most prosperous economy in the region. And she did this by, among other triumphs, embracing immigration and turning it into a major strength.”

In expressing gratitude for embarking on the delegation with the Bonds organization, Laura notes, “I was very impressed by how many doors were opened that the average traveler within Israel would not have.” She also valued learning from Bonds’ representatives from around the world, and was delighted to find that delegates from all countries showed great interest in growing and developing Israel Bonds and the Women’s Division within their respective communities. 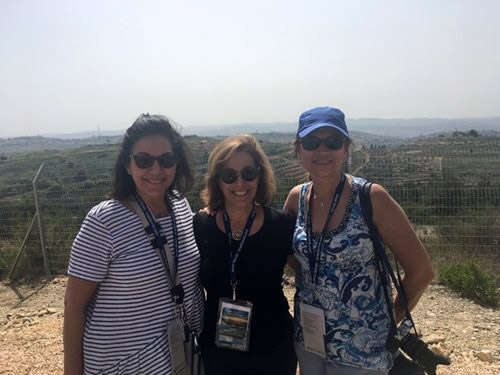 As a longtime investor and supporter of Israel bonds, Laura became intimately involved with the Israel Bonds organization following her son’s bar mitzvah, at which time she had completed numerous trips to Israel and hosted Israeli soldiers and other officials in her home. Upon receiving gifts of Israel bonds for the occasion, she noticed ways to expand the bar & bat mitzvah gifting program and took action with the Toronto Israel Bonds office. After assisting the office with this program for a few years, Laura went on to collaborate with Israel Bonds’ Women’s Division in Toronto and eventually held the position of chair. She was invited to sit on the Women’s Division Council and after three years, was asked to chair Israel Bonds’ Women’s Division in 2017.

In conjunction with her high level of involvement from a leadership perspective, Laura attests she will always remain firmly committed to the organization from a personal level as well, and takes pride in the investments she and her family make in Israel through Israel bonds. She confirms, “I know that I am actively backing Israel and I am proud to be seen doing so. We are putting our money where our mouth is when it comes to Israel.” Remarking on Bonds’ events and delegations of which she has served an integral part, “I have been invited to meet an array of interesting people who are equally passionate about Israel, and at each of these engagements I am more educated and enabled to learn more about the country, its people and various institutions working in or for this exceptional nation.”